Software Engineer based in New Zealand

In this post, I’m going to cover the use of some popular open-source technologies, that when combined together provide an extremely powerful developer experience. This will be orientated towards Rails, but it should be possible to swap out View Components with something else for your stack.

Before we get started, it may be useful to note that I’ve annotated the sections with their relevant commits in this project’s repository where applicable.

GitHub maintain a gem called View Component which allows us to encapsulate the styles, logic and JavaScript for a given component. I’ve been using this gem extensively for the past few months and it’s really powerful. No more ad-hoc untestable partials, no random CSS dotted around the app, no JavaScript in funny places.

There’s some great examples of building view components on their site, so I won’t get into that here. I usually use the --sidecar option when generating components to create the SCSS and JS files in the same directory so everything is nicely contained and discoverable.

There’s another gem I’ve been using called… view component storybook. It allows us to expose view components in Storybook’s UI, giving us a navigable, configurable library of components available within the app.

The configuration of a story looks something like this:

This will render the HeaderComponent in Storybook with the given properties (h1 and bold: false).

It’s also really easy to add user-configurable options via controls. Using this will allow the Storybook viewer to control the attributes being given to the component. I’ve utilised this extensively and really like defining variants of components using constants, then pass these as the available options to Storybook’s controls.

I’ve been using TailwindCSS for a few projects recently and really like the utility class convention. There’s a split in the community around this at the minute which I won’t stir up in this post, so just know you can swap out Tailwind with whatever you like, this approach of VC + VCS still applies.

I’m not going to cover setting up Tailwind below, but I usually just go with the tailwindcss-rails gem which has worked out-of-the-box every time I’ve used it.

Setting up your application

Configuring these three components for a Rails application is pretty straightforward.

I’m starting a brand new Rails project using the main branch here and Ruby 3.0.2, but the steps should be similar, if not identical, for an existing application. As I’m using Rails 7, the default webpack configuration is no longer present and the app will be setup using importmaps instead. This will not allow you to configure Tailwind by default. If you need this feature, you must use the webpack approach instead.

Following the instructions from the View Component website, we add this line to the Gemfile

I think there’s a step missing from the VCS documentation, which is to actually install the gem by adding this line to the Gemfile:

I’ll use this command to create a new component:

I’m going to update the ERB template for this component to render a simple button:

I like to use attr_accessor :title in the component Ruby class to correctly setup the title method here, rather than using the @title instance variable. This comes in handy when using VC slots.

Finally I’ll create the story file which tells view_component_storybook what JSON to generate for Storybook:

Once this is done, we need to generate the json with this command:

VCS doesn’t yet have a watch option where it rebuilds the JSON when the story changes, but I think that might be coming soon judging by this PR on their repo.

There’s one final configuration change you need to make before this all works, which is to allow the Storybook UI to call the Rails application to render the components. To make this work, a CORS policy must be configured allowing the two applications to communicate on different ports. You’ll need the rack-cors gem to be installed:

Now add this config to development.rb:

I also tend to enable this in production review apps too by checking if ENV['HEROKU_APP_NAME'] is present, as this makes it super easy to collaborate on designs with other people.

Finally, boot your rails server and (in a separate process) run:

If everything is configured correctly, you should see something like this! 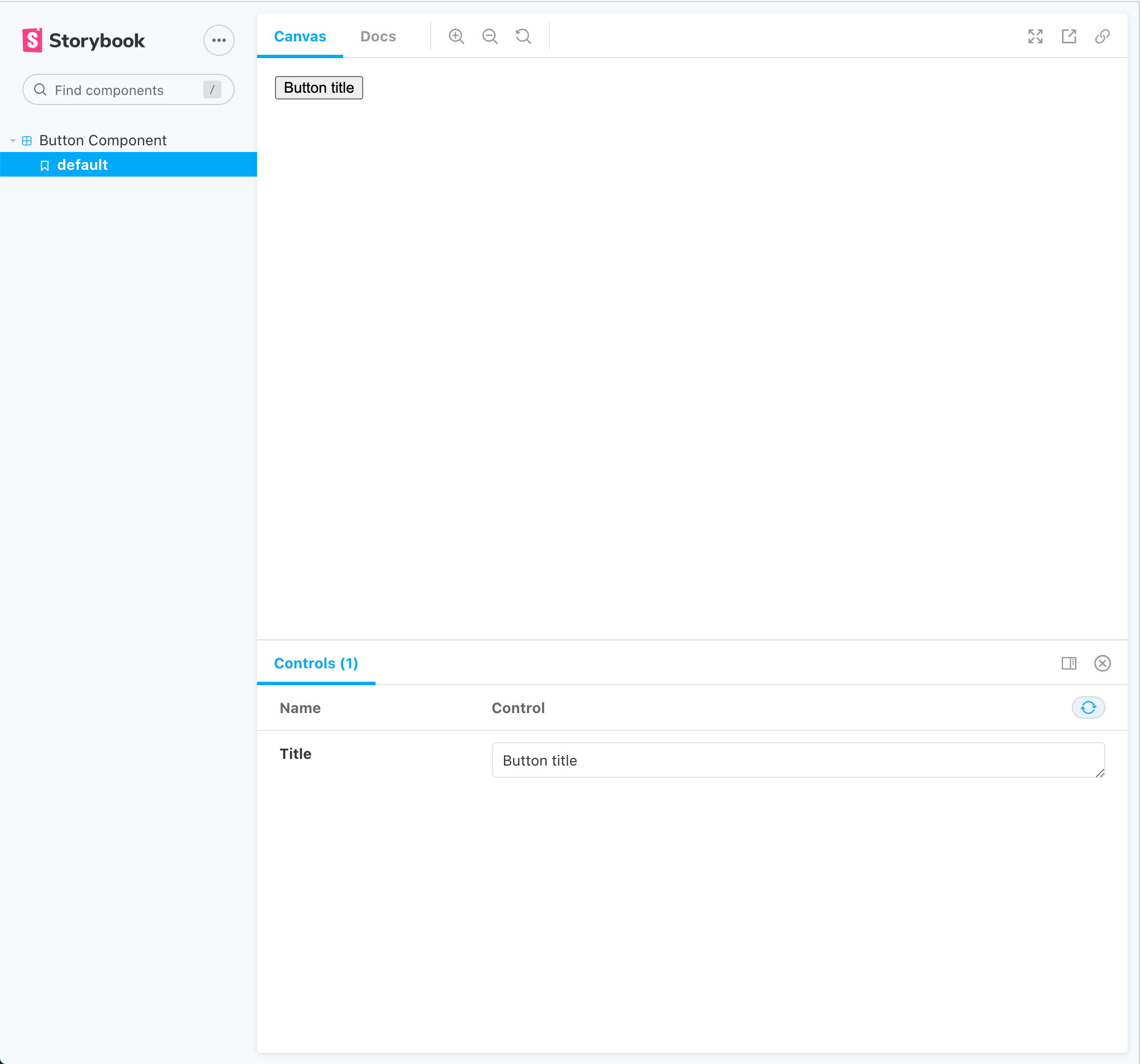 In production, you don’t run the development server of Storybook (yarn storybook) but instead you can build it into Rails’ public/ directory so that it automatically becomes available at /storybook without any additional configuration.

Here’s the command I use for that (which I map to storybook:build in package.json):

When you boot your Rails server, you should be able to access the Storybook UI at localhost:3000/storybook/

Note: that trailing / is important as Storybook uses relative URLs for it’s assets. If you don’t include the /, the UI won’t work and you’ll see 404 errors in the Network tab. I’d recommend adding a redirect to your routes to prevent accidentally hitting the wrong path.

To make all this work on a production app, just include the CORS policy, configure your CD to run the storybook:build command and you should be sweet. We use this in our Heroku review apps and it works just fine. To get the custom command to run on Heroku, we went with the heroku-buildpack-run buildpack.

Once your app has deployed, try going to /storybook/. You should see your Storybook UI.

If this doesn’t work, you’ll need to add this configuration for production:

It would be sensible to wrap this in the same environment check that we previously did for the CORS policy, to prevent this actually working on production. Why? You probably don’t want users being able to render components with arbitrary parameters as this is potentially a security issue, or could leak sensitive information depending on what you’re rendering in those components.

I’ve been using this setup across 3 different projects now and it works extremely well in my experience. There’s a couple of small grips, namely:

Other than those, I love this setup. It’s super simple once you know how it works and is very flexible. Let me know what you think on Twitter (@developius)!

Hotwire in the real world. What Happened to My Blog?